This executive-style Mexico map shows political boundaries, major highways and roads, cities and towns, airports, and other geographic details. Thousands of place-names and exact borders are carefully researched by National Geographic's map researchers and editors ensuring the utmost accuracy.
This map is available in 34.5 x 22.75 inches. Please select a finish of your choice
Please wait, adding to your cart
Please wait, initializing the product
Add to Compare 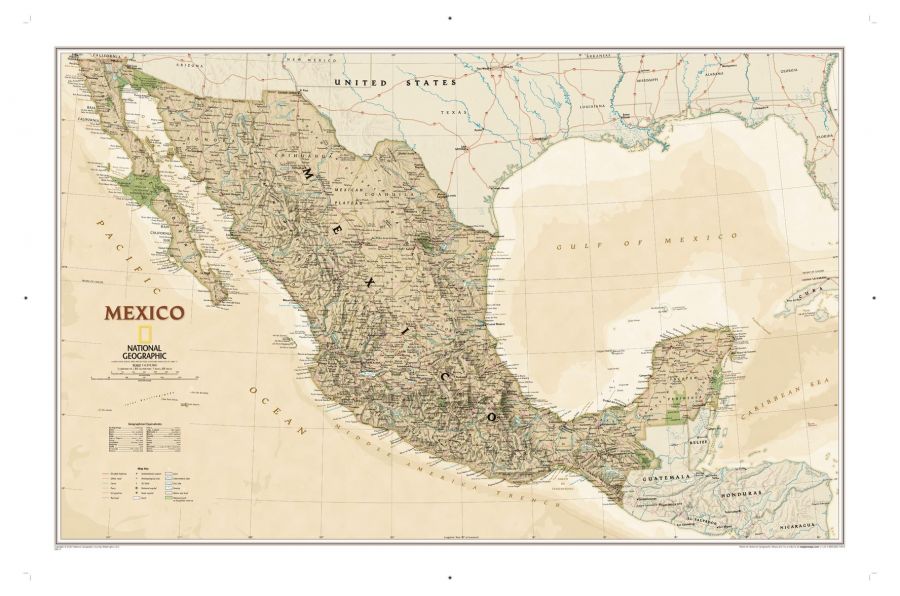 Shaded relief, coastal bathymetry, and symbolism for water features and other landforms are used to depict the diverse terrain of the country. Land elevation is expressed in both feet and meters and depth soundings are expressed in fathoms.

The country of Mexico lies in the southern portion of North America. It is bordered by the United States to the north, by the Pacific Ocean to the south and west, by Guatemala, Belize, and the Caribbean Sea to the southeast, and by the Gulf of Mexico to the east.

5 largest cities in the country by population are listed below:

You can buy separate maps of these cities by clicking on their names above. All our city maps are customizable and you can center them around the area of your choice and your neighborhood. You can also select your desired title and choose from a selection of sizes and finishing materials available.