The Map of Florida is an elaborate graphic representation of urban space of the state. It shares information on location of cities, state boundaries, highways and state roads.

This map is available in 22 x 30 in. Please select a finish of your choice
Please wait, adding to your cart
Please wait, initializing the product
Add to Compare 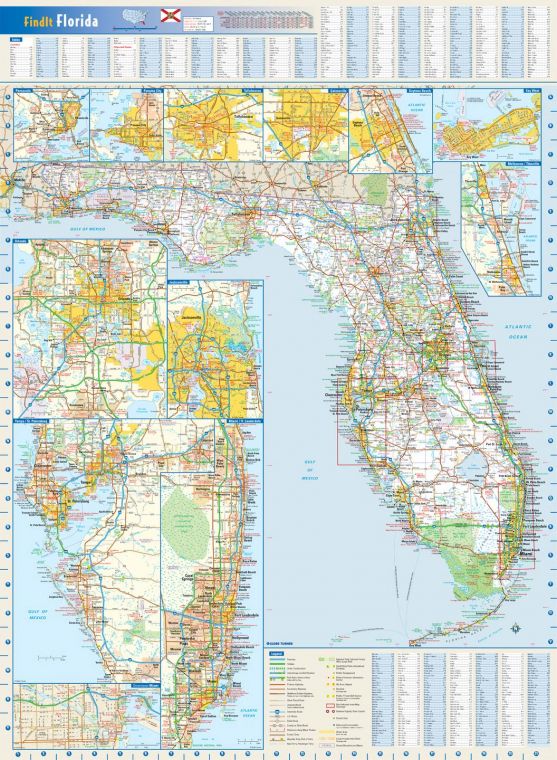 Designed with accuracy using current map data, this Map of Florida is a high quality image of the urban layout of the state. Boundaries of the state are identifiable with contrasting contour. It encompasses all primary and secondary cities and towns with highlighted box frames of important settlements. The State Capital Tallahassee, is named in its true location and can be placed easily.

The map of Florida is also furnished with a city town index, County index, distance markers, miniature map of the United States pinpointing the placement of Florida along with a digitized flag of the State.