Irving Map, Texas uses the base map data from TomTom. The data is updated every 6 months making this one of the most updated printed large map of Irving and its neighborhood areas. This map is available in a scale of 1:20,000 in 24 x 36 inches. If you want a map with different extents, orientation, or scale, you can do that by customizing the map here. If you have any questions, we will be happy to answer over the phone (866) 525-2298 or write to us
This map is available in 24 x 36 in. Please select a finish of your choice
Please wait, adding to your cart
Please wait, initializing the product
Add to Compare 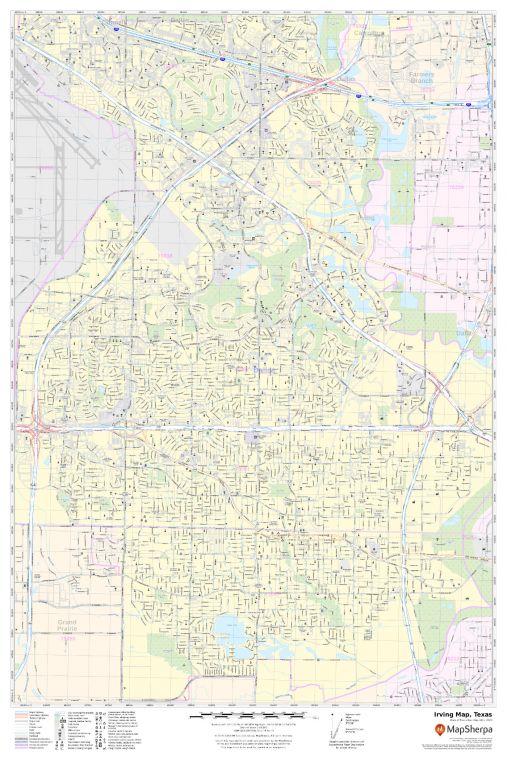 Irving is a principal city in the U.S state of Texas. Located in Dallas County, it is also an inner-ring suburb of Dallas. The City of Irving is part of the Dallas-Fort Worth metroplex. Irving is noted for its racial and ethnic diversity and has been ranked as one of the most diverse cities in the United States.

Irving includes the Las Colinas community, one of the first master-planned developments in the United States, and once the largest mixed-use development in the Southwest. Par of Dallas/Fort Worth International Airport lies inside the city limits of Irving. The ZIP code of the city ranges from 75000-75099.