Map of San Antonio, Texas uses the base map data from TomTom. The data is updated every 6 months making this one of the most updated printed large map of San Antonio, AL and its neighborhood areas. This map is available in a scale of 1:44,000 in 48 x 36 inches and Landscape orientation. If you want a map with different extents, orientation, or scale, you can do that by customizing the map here. If you have any questions, we will be happy to answer over the phone (866) 525-2298 or write to us
This map is available in 36 x 48 in. Please select a finish of your choice
Please wait, adding to your cart
Please wait, initializing the product
Add to Compare 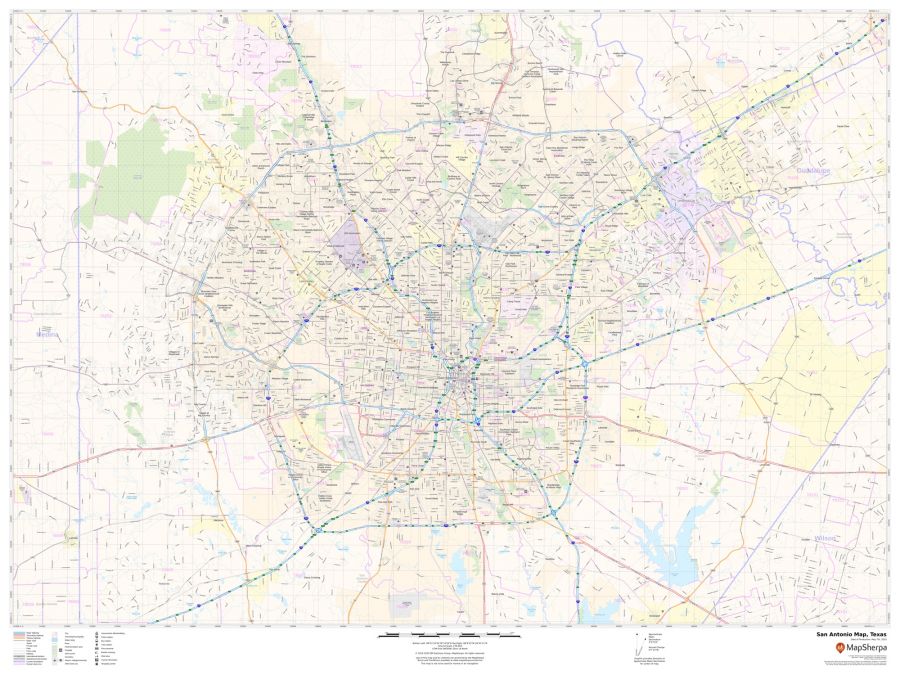 In this highly detailed San Antonio City, Texas Map, you can find various points of interest and land use areas marked in the city. The map highlights Municipal, town, and Zip code boundaries. The map also shows the latest changes in your area.

This high-quality San Antonio map can be used in multiple ways:

Straddling the regional divide between South and Central Texas, San Antonio anchors the southwestern corner of an urban megaregion colloquially known as ”Texas Triangle”. The Greater San Antonio and Greater Austin areas are separated from each other by 80 miles along Interstate 35.

San Antonio, Texas is composed of a number of neighborhoods and districts, spreading out surrounding the central Downtown Area.