This map is available in 36 x 48 in. Please select a finish of your choice
Please wait, adding to your cart
Please wait, initializing the product
Add to Compare
This product is currently Out Of Stock. Please select from some other similar products listed below. 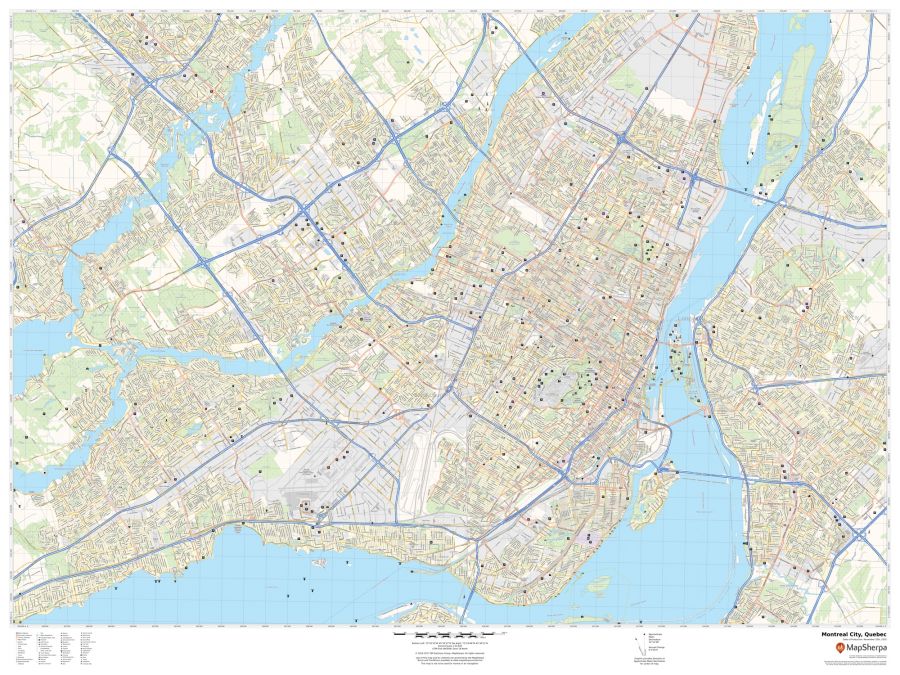 This map of Montreal area that can be used to create custom maps. The map is composed at multiple scales, with the maximum print scale : 1:12,500, minimum print scale - 1:37,000, and optimal print scale - 1:25,000. You can zoom in and out to search for the places that matter to you in the search option, locate them them over the map, crop and customize at a scale, size, and finishing material. You can even give it your own title, preview it and place order for it at Map Trove online store.

Montreal was incorporated as a city in 1832. It was the capital of the Province of Canada from 1844 and 1849. The city was first named ‘Ville Marie’, or ‘City of Many’, but its current name comes from Mount Royal, which is a triple-peaked hill in the heart of the city and the site of Mount Royal Park, one of Montreal's largest green spaces.

It is located in the southwest of the Quebec province and covers most of the Island of Montreal at the confluence of the Saint Lawrence and Ottawa Rivers. The city is at the centre of the Montreal Metropolitan Community, and is bordered by the city of Laval to the north, Longueuil, Saint-Lambert, Brossard, and other municipalities to the south; Repentigny to the east and the West Island municipalities to the west. The anglophone enclaves of Westmount, Montreal West, Hampstead, Côte Saint-Luc, the Town of Mount Royal and the francophone enclave Montreal East are all surrounded by Montreal.