The expanse of the title frame is elaborated with terrain placements, primary and secondary cities and interlinking highways and state roads. Political demarcations with bordering States are distinctly marked with contrasting tones.

The map also provides a miniature map of the United States pinpointing the placement of New York along with a digitized flag of the State.

This elaborate guide of the state of New York designed with vivid imagery is perfect for display and reference.

This map is available in 25 x 27 in. Please select a finish of your choice
Please wait, adding to your cart
Please wait, initializing the product
Add to Compare 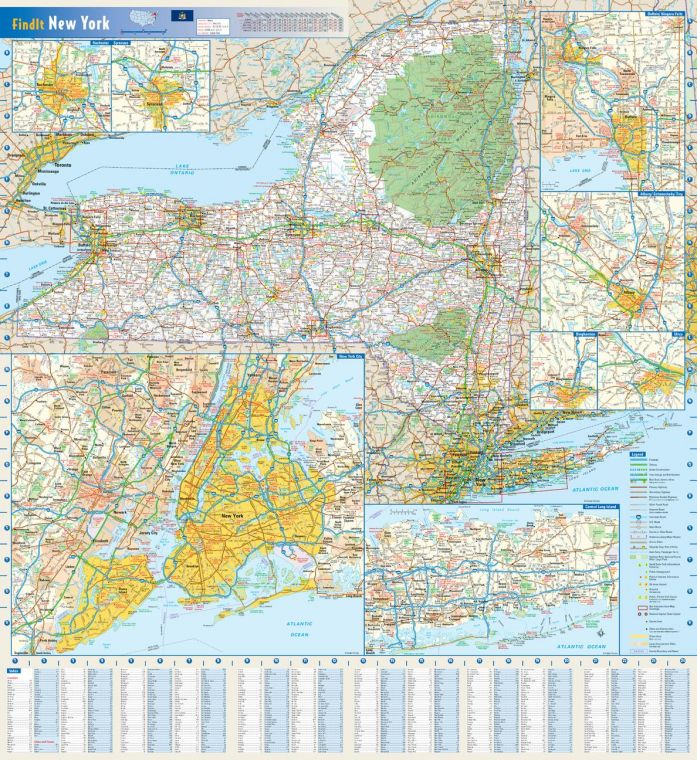 Featuring the urban and physical geography of the state, this map frame portrays an elaborate know-how of the State of Colorado. Political boundary with other states is depicted with high contrast color and can be pictured at a glance. The state capital Albany and other primary and secondary towns are captioned in their actual location.

A box highlighter draws attention to the major settlements of the State. Elaborate insets of Albany, Binghamton, Buffalo, New York City, Rochester, Syracuse and Utica exhibit detailed layout of these cities. The interlinking network of National highways, state highways, other roads, thoroughfare, frees and tollways are presented with specific number and thread markings. Airports, points of interest and county demarcations can also be placed on the map with ease.

The diverseness of terrain features like the mountains, plains, forests, plateau, national parks and state parks are marked with accuracy.The map is also furnished with a city town index, county index and a distance marker which helps locate all primary and secondary towns on the map.The map also provides a miniature map of the United States pinpointing the placement of New York along with a digitized flag of the State.

New York is the fourth most populous state of the USA. It derives its name from the 17th century Duke of York who later came to be King James II of England. There are 62 cities in New York and 13 Metropolitan Areas. Albany, the capital city, can be placed at the west bank of Hudson River. New York city is the largest city of the state and the most populous city of the nation. It is rated as a global city.

Buffalo, Rochester, Yonkers and Syracuse are marked in readable fonts along with other primary and secondary cities of the state. Military areas, state and interstate highways, major roads, recreational areas, points of interest and airports are clearly also marked for quick reference.